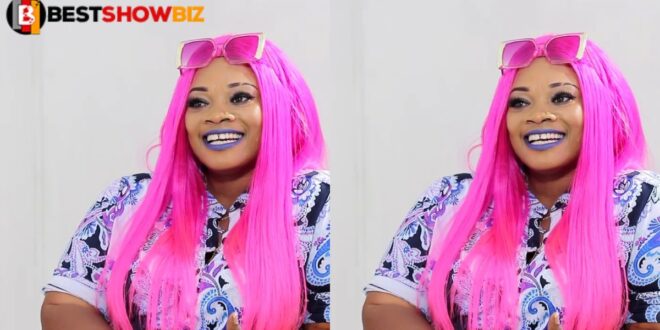 A Ghanaian woman has described her link to the spiritual underworld and her nighttime escapades there.

The lady, who introduced herself as Nyevile aka Born Star, a promising artist, told Arnold Elavanyo on his Vibes in 5 show that her connection to the spiritual worlds began even before her mother had her.

She disclosed that her mother struggled to conceive, but that a prophetess assisted her in obtaining a seed, with the proviso that the baby, once born, must be committed to the sea or perish.

Her parents, she claims, obeyed the prophetess’ teachings and sent her to the sea as a newborn, dedicating her and leaving Nyevile in the water for four days.

She went on to say that she was transported to the spiritual underworld during those days to meet her other family and familiarize herself with the activities of the new planet.

She claims the prophetess and her mother returned to the sea to pray after the four days, and she was restored to them.

She claimed that she has been interacting with and visiting the marine world since then.

She believes she can transform into a fish at night, therefore one of her most strict regulations is that no one turns on the light when she is asleep, otherwise she will see something supernatural or get hurt.

In the video below, you can see her recount the story (skip to 7:50 for that part)