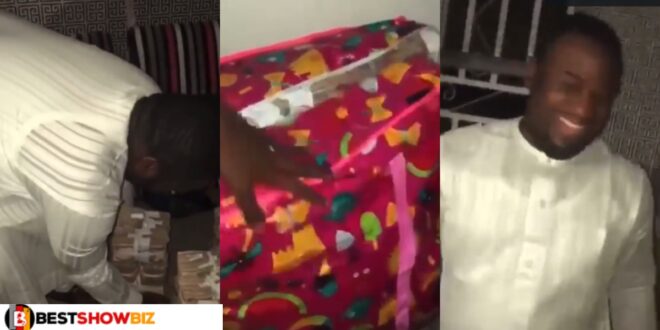 The son of a Deputy Governor of a state in the North West is said to have been seen loading cash into bags in footage that has gone viral on social media.

Chuks Akunna, a journalist, shared the video on his Twitter page, but he refused to reveal the identity of the governor, the state, or the son featured in the video.

The internet video shows some men loading a room with heaps of money stacked on top of each other, with one of the men filling money into a “Ghana Must Go” bag.

Other bags were already stuffed with cash when the video began filming them as they engaged in a brief conversation in Hausa.

“Son of the dep gov of a key NW state, assisted by loyal friends, helping themselves out of the economic meltdown. Don’t blame them: another fed allocation is on the way!”