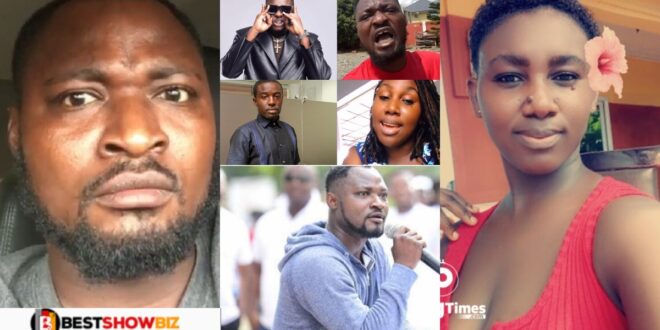 We believe that popular comic actor Nana Yaw Oduro Boateng, also known as Funny Face, has relapsed and has once again insulted his baby mama Vanessa.

At a time when we were beginning to believe that the comic actor was on the mend from his depression, he came back with a vengeance and called out the names of some prominent people who had previously assisted him, including Adebayor.

Funny Face stated in a new video that he was going to murder his baby mama and then commit suicide.

He stated unequivocally that he intended to shoot Vanessa in the head seven (7) times.

AMG CEO Criss Waddle and his signee Medikal, he claims, have all slept with Vanessa.

Funny Face went on to say that he was aware that his friends were all sleeping with her, but because they had children together, he decided to obey and do things to make her happy.

The children’s president also named Flowking Stone, Jupitar, and a few other well-known people as some of the people who allegedly Chopped his baby mama.