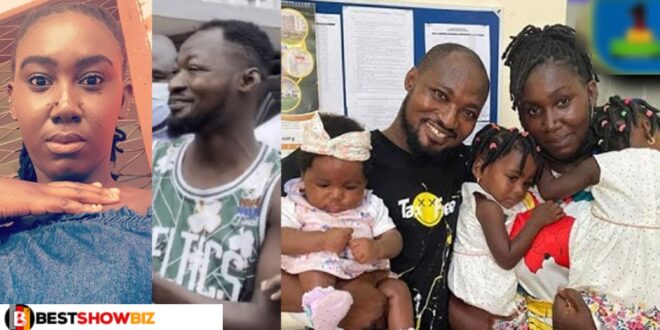 Video: Funny Face deleted my song with Medikal and stopped me from acting and doing music – Vanessa reveals

Ama Vanessa, the mother of Funny Face’s children, has revealed that her dream of becoming an actress and musician was cut short by the estranged father of her children.

Vanessa stated on Royal TV that, while she is famous now, it was never her dream to be famous in this way, but rather through the dreams she was nurturing as a musician and actress.

Funny Face, she claims, prevented her from pursuing her dream of becoming a celebrity in the entertainment industry.

Ama Funny Face met Vanessa when she was aspiring to be an actress, but he discouraged her from continuing her career, according to Vanessa on the show.

Ama Vanessa revealed that she recorded a song with rapper Medikal, but that the song was censored due to the nature of the words she used in her verse.

Because her fiancée is a role model for children, she understood why her triplets’ father blacklisted the song. After all, such a song from her fiancée would have put a blemish on his Children’s President designation.