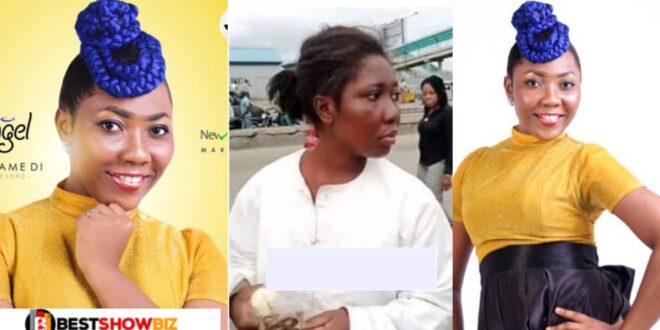 Angel Gyedu, a contestant on the fourth season of the popular television reality show Mentor, has spoken out about her mental health, revealing that she has been in and out of mental hospitals for the past ten years.

She stated in an interview that despite the platform she had while on mentor, she was unable to pursue a career in music.

Life has taken a toll on her, she claims, to the point where she currently lacks the financial means to purchase the medications that her caregivers have prescribed.

In the course of the interview, she revealed that she had not eaten since the morning and that she was worried about not having enough money to pay for her drugs.

She said: “Today, I’ve not eaten because I don’t have money. Today I have not taken my drugs because I need to eat first before I can take the drugs. I will be the happiest person on earth if I get food to eat. That has been my biggest headache all my life because I have to take my drugs. If I don’t take it, I can’t sleep.”

In terms of her family, she revealed that her father is currently incarcerated after being arrested some time ago, while she is out here struggling to cope with life.

The gospel singer claims that her medication costs GHC 400 and appeals to Ghanaians to help her.

Read Also  Regina Daniel's mother speaks after she married a man young enough to be her son.

Angel Gyedu was spotted in Lagos, Nigeria, with memory loss and a mental illness.

She has reunited with her family thanks to the generosity of some good people in Nigeria.