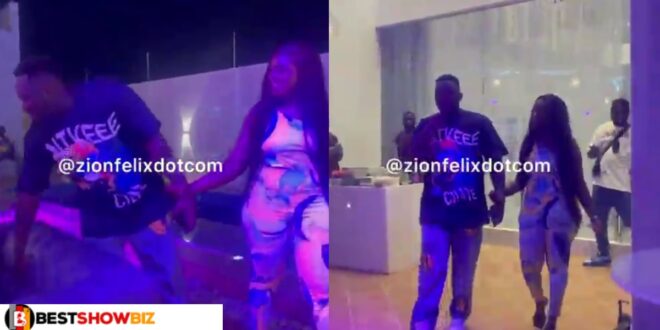 Video: Fella and Medikal throws beautiful housewarming party for their huge house built for their daughter

Island, Medikal, and Fella Makafui’s daughter had a housewarming party that was a lot of fun.

The rapper and his family have had a fantastic year, especially in light of all of the blessings that have come their way this year, and despite the brief time spent in prison.

They recently shared a couple of videos in which they announced the official opening of the house they built for their daughter, Island, which was completed in less than five months.

It was full of interesting scenes when videos of their housewarming went viral.