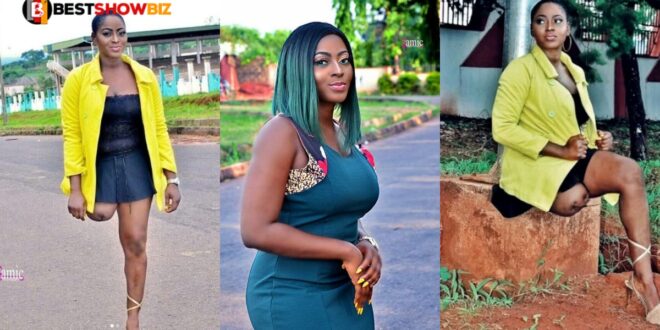 Video: ‘Despite having one leg, men still asks me out’ – Amputee actress reveals

Doris Akonanya, a Nollywood actress, has said that Nick Vujicic’s story inspired her to succeed after losing a leg.

In a recent exclusive interview with the BBC, the pretty actress revealed the secret that motivates her despite her disability.

Doris stated that Nick’s success, regardless of the fact that he was born without limbs, inspired her to pursue a career in movies.

” I thought my legs would stop me from achieving my dreams and that men would stop asking me out, but the reverse is the case.”

Doris claims that she enjoys dancing and uploading videos to social media not because she is wealthy, but because happiness keeps her from being depressed.