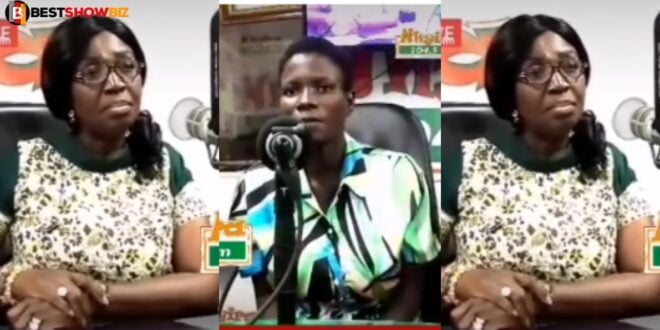 A viral video depicted moments when an unknown woman disclosed that she was impregnated by a crocodile.

She made this revelation during an interview with a female Adom FM broadcaster on her show, which attempts to resolve marital and other severe issues that arise in homes and marriages.

In the viral video we sighted, the presenter, who seemed impressed by the woman’s statements, questioned again who impregnated her, and she replied that it was “Crocodile,” a nickname of her boyfriend who got her pregnant.

Read Also  "Marriage is not based on love but on ..." - Bishop Duncan-Willams claims (Video)
Share