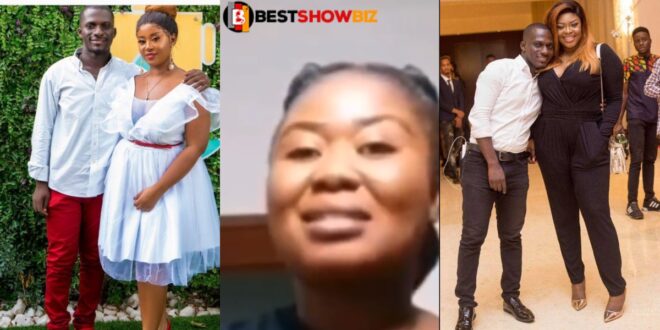 Zionfelix, a popular Ghanaian celebrity blogger, is embroiled in a controversy involving two women, Mina Lawal, a.k.a. Minalyn, and Erica Amoa, who lives in Italy.

Both of Zionfelix’s ladies have given birth, causing a flurry of rumors on social media.

The rumor that Zionfelix had a romance with Erica after she approached him to promote her music is one of the many that have circulated.

According to a lady who claims to be Erica’s friend, the story that the Italy-based lady attempted to take Zionfelix from Minalyn is untrue.

In a recent video, the lady said that Zionfelix, like Minalyn, began dating Erica in 2018.

According to the lady in the video, the only difference was that Zionfelix stayed in Ghana with Minalyn and so spent more time with her, whereas Erica’s connection was based solely on the phone.