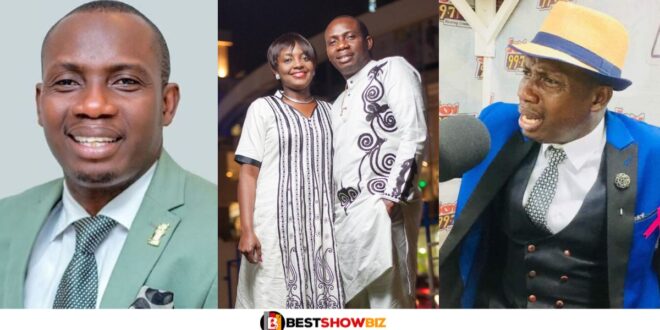 Video: Cheat On Your Wife If You Want To Live Long – Counsellor Lutterodt

Counselor George Lutterodt advises that if you want to live a long and happy life as a married man, you should cheat on your wife.

He stated that he planned to cheat on his wife but was waiting for the proper time when he had acquired enough money in life before engaging in the act of cheating in order to expand his life on Earth.

Last Friday, Counselor Lutterodt stated on Wontumi TV, “When I have money, I’ll cheat on my wife so I can live longer.”

He also offered some words of wisdom for ladies, advising them not to marry poor men. Marrying a poor man, he claims, is the main reason for most marriage breakdowns.