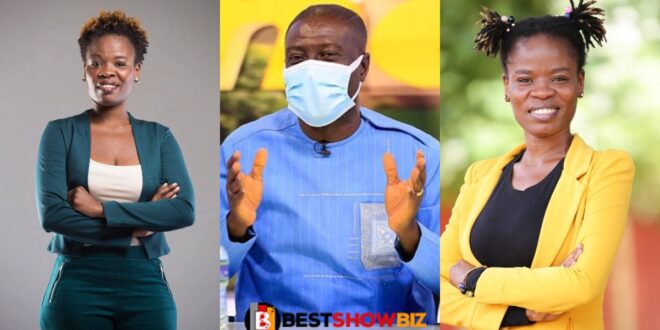 DJ Ohemaa Woyeje, a popular Ghanaian disc jockey and broadcaster, has claimed that her colleague Captain Smart lied about the cause for his suspension, prompting him to leave Dr. Oteng’s Angel Broadcasting Network.

She revealed to Browngh.com in an exclusive interview with ZionFelix that the major cause for Captain Smart’s surprise suspension was taken off the air, and that none of the accusations he has made so far are relevant to his suspension.

According to her, the CEO of Smart Media consistently creates a scenario and an uneasy environment at the radio station, making his coworkers feel like they are second-class citizens in his eyes.

She went on to say that her suspension may have been the result of one of his sour attitudes toward his coworkers.

Captain Smart was suspended for no cause, according to Ohemaa Woyeje, and it has nothing to do with what he has led Ghanaians to think.

Captain Smart was suspended, she added, after he was told he could not make his statements on the radio or television without offending or degrading people, but he did not listen.

When Ohemaa learned that his colleague had moved on to another media outlet, he expressed his displeasure. She ascribed Captain Smart’s choice to the fact that he lacks somebody powerful enough to influence his judgments.

watch full video of the interview below;