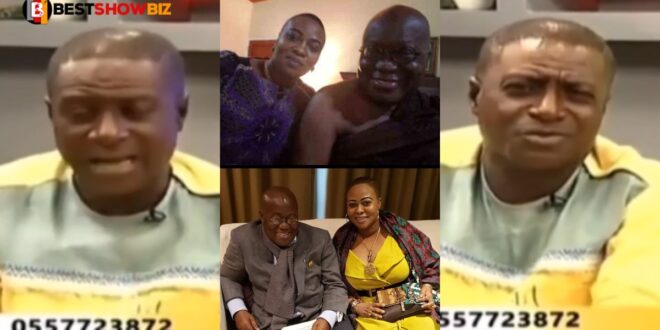 Captain Smart, a leading member of the #FixtheCountry crusade and award-winning Ghanaian media broadcaster, has launched missiles at Serwaa Broni over her infamous scandal with Nana Addo.

The former ABN employee chastised Serwaa Broni for behaving foolishly with her recent rants on ONUA TV’s Biribi Gyegye Wo show, hosted by our very own Mona Gucci, aka Lawyer Blue Gate.

Captain Smart, who appears irritated by Serwaa Broni’s use of various methods to disgrace Nana Addo, believes it was sheer stupidity on her part to tell the entire world what had happened between her and Nana Addo.

Despite the fact that Captain Smart did not specifically mention Serwaa Broni’s name, we are all aware of recent events in the country involving such matters.

He continued by emphasizing that none of the big men force these women to sleep with them and that their bedroom activities are governed by mutual consent.

A well-known female journalist was also targeted. Captain Smart slammed her for pimping young ladies to the country’s big men while appearing to be a saint on television.