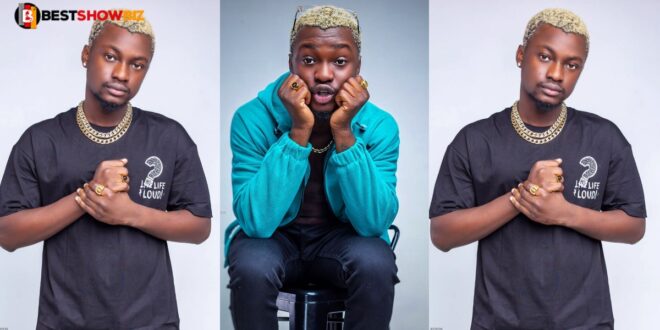 Video: “Bring back my clothes”: Yaw Berk embarrassed as listener calls on live TV to take back his clothes

A listener has embarrassed Yaw Berk as he was called up during a television interview and asked for his clothing, which the music had borrowed from him.

According to the listener, Yaw Berk has yet to return his clothes after promising to do so within a few days.

He went on to say that Yaw Berk has been playing hide and seek with him since he arrived for his clothing, therefore he needs the singer to return the clothes as soon as possible.

The look on Yaw Berk’s face spoke it all about his shock at the words of the listener. He made no admissions or denials about what the listener had stated.

The host had to terminate the line to prevent the listener from incurring additional reputational harm. Obviously, this was not what Yaw Berk had hoped for.