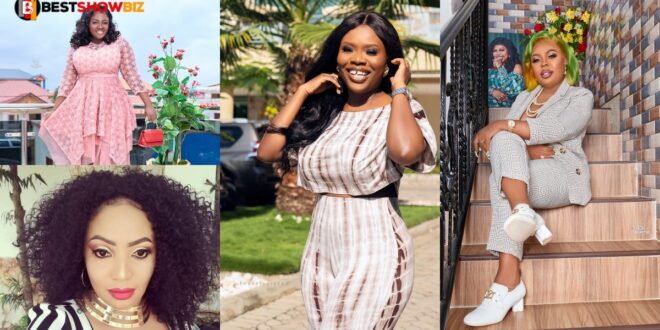 Deloris Frimpong Manso, better known as Delay, did not hesitate to say as she unleashed the most brutal attack on her arch-rival Afia Schwarzenegger and her gang, including Tracey Boakye and Diamond Appiah, in the most savage way possible.

During the opening remarks of one of the episodes of her entertainment show on television, Delay Show, the television personality offered a hard-hitting rejoinder to the trio.

A portion of the interview, which was made public online, showed Delay taking potshots at her adversaries using wordplay and metaphorical comments, according to the source.

In spite of the fact that she claims to be an eagle, Delay claims Tracey Boakye is more like a sparrow with delicate bones and warns her not to cross her path because she will crush her with the might of the King of the sky.

Afia Schwar also experienced her fair share of vilification from Delay, who changed her rib-tickling stage name from “Fufu Funu” by Twene Jonas to another degrading moniker after hearing her sing the song.

Diamond Appiah, a self-described “billionaire,” was also included in the list.