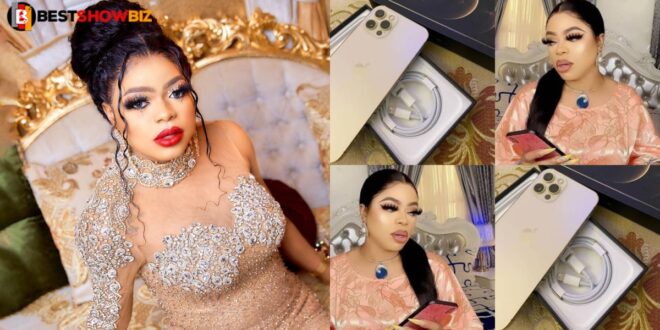 Video: Bobrisky proves he is rich as he displays his new iPhone 13 pro max

Bobrisky, a popular Nigerian crossdresser, took to Instagram to show off his new iPhone 13 smartphone, prompting tremendous troll comments from numerous people, such as Instagram bloggers.

Bobrisky, as you may know, has a large social media following because he dresses like a woman despite being born a man, and his luxurious lifestyle also plays a significant role.

He has dubbed himself “the billionaire side chic,” and he is also recognized for displaying his lavish lifestyle, which he never fails to do.