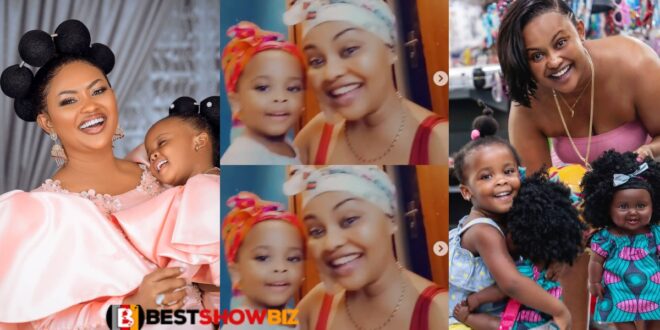 Nana Ama McBrown, a Ghanaian actress, has spoken up about the difficulties he faced during giving birth.

The famous actress stated no woman over the age of 40 is glad to remain childless in an interview on GHOne TV’s Obranewoaa show.

She advised society to be considerate when questioning old women without children why they had yet to give birth, using herself as an example.

Everyone wants to give birth, and when the child does not arrive, the woman is never pleased. Therefore, people should refrain from adding to the lady’s suffering by applying pressure with needles, as suggested by Nana Ama McBrown.

When she was desperate for a kid, the actress revealed that she had to wash her womb six times.

The mother of one mentioned one in the Eastern Region’s Koforidua Hospital, another in Kumasi’s Komfo Anokye Teaching Hospital, and others at mediferm.

She was finally able to conceive and give birth to her adored daughter, Baby Maxin, in 2019.