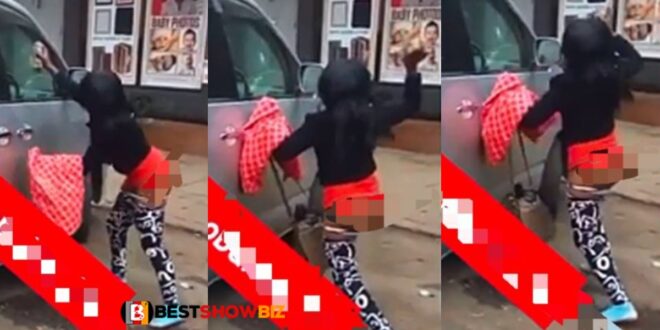 After a customer refused to pay her after they had passionate sex the night before, an angry Ashawo has caused some commotion on the streets

The lady in the video was seen breaking the side and back windows of the automobile with a large stone.

She sought to clarify to several onlookers who were horrified by her outbursts that the man had repeatedly ‘chopped’ her, which she emphasized by slapping her vajayjay forcefully.

The person filming the action burst out laughing at that point, possibly sympathizing with her for having her private area “exploited” without payment.