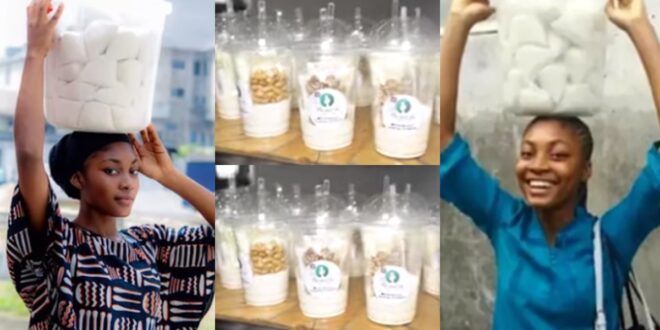 Video: A University Student Who Became An Internet Celebrity for Selling Gari Is Now Doing It Full-Time

In a new interview, the University of Lagos (UNILAG) student who went viral two years ago for selling gari (a variant spelling of garri) has disclosed that she is now making a lot of money from the company, which she has turned into a full-time job.
Anwuli Onwochie now owns The Garri Geh, a branded company. The student who sold garri in the evenings and on occasion during school hours became a viral phenomenon after an interview with Legit in 2019.

According to reports, the interview opened more doors for her, as many people approached her to do business with her. She also announced that she was financially supported by the Biodun and Ibikunle Foundation.