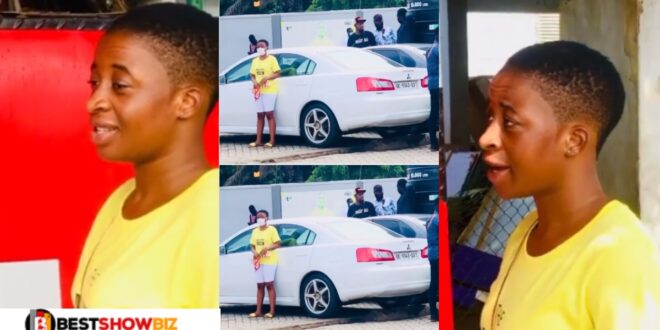 A video of a young girl claiming to be 13 years old while being interviewed by Ghkoose TV is trending online.

She talked about her personal experience. The girl stated in the video that she went to the date rush auditions with the intention of finding love as well.

Although it may appear amusing to your ears, this is a serious matter to her.

During the interview, Ghkoose inquired if she had been given the opportunity to audition. The 13-year-old girl responded by saying:

“when I got there I was not given the forms to fill because they said I’m too small and so I can’t be part of the show. I also asked them whether me being small takes away my feelings or not. Being small doesn’t take away my feelings”

The interviewer inquired if she had ever dated before. As of now, the girl claims to have dated four men.

She is currently single and came for the date rush auditions and screening in the hopes of finding a faithful man on the show, but she was denied a form.