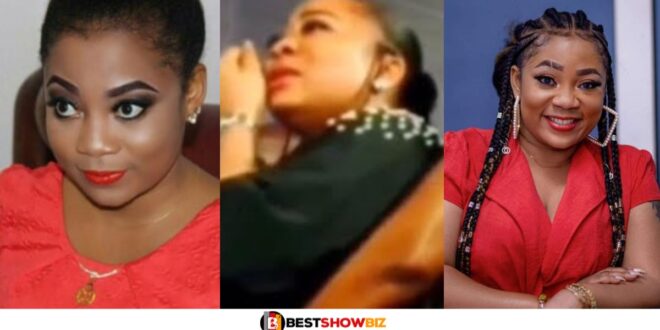 Vicky Zugah, a Ghanaian actress and TV personality, lost her mother after five years of suffering from an undiagnosed disease.

The actress, who was devastated, announced the news on her Instagram page.

She was urged not to share anything about the illness as they awaited a miracle and testimony, according to her.

She shared a photo of the deceased and wrote an impassioned tribute, stating her mother had given up on her and her siblings.

She admitted that the deceased has left a void that no one can replace.

Despite her grief, the actress claimed she will not question God and begged for the soul of the deceased to rest in peace.

She wrote: “For fwe years you fought.For five years I waited for a miracle…”