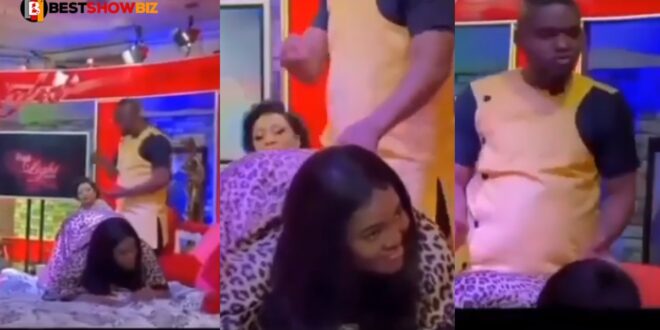 A man was recorded on camera while participating in a UTV show known as the Red Light Show, demonstrating to the general public how to play ‘doggy’ style to the delight of the ladies.

According to the video, they had a bed in front of the presenter, as the lady climbed to the bed and lifted her big bottom, and the male stood behind her, demonstrating how to act in the “doggy” way.

The male can be seen in this video twisting his waist around the back of this lady, which was shown on UTV.

Though they are training/educating married couples and males in partnerships on how to fulfill themselves in bed, they are also promoting immorality among youth.

Some of the shows that are broadcast on some television channels are completely inappropriate. The hours at which these shows are shown are sometimes not even conducive to children’s viewing.