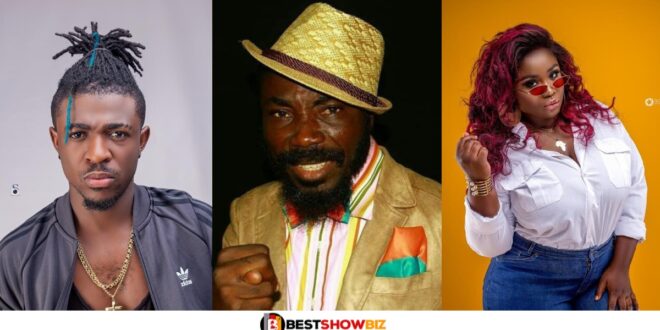 Big Akwes, a Ghanaian comedian, has accused Frank Naro of attempting to cast money rituals with actors and actresses from the Kumawood film industry.

These terrible allegations surfaced after Frank Naro hosted an event featuring a star-studded guest list for his colleagues in the film industry to celebrate the end of the year.

Big Akwes stated that the party was a plot to use some selected stars for his sacrifice, as ordered by his spiritualist.

According to Big Akwes, the party had a covert purpose, which is why Frank Naro was pressuring some industry figures to attend the event by any means possible; he even offered to buy fuel for a few select individuals.

Big Akwes speculated that Frank Naro tried to blend his end-of-year sacrifice with the party by holding it far from Kumasi, increasing the possibility that many of the participants would perish in traffic accidents on the way there.

He finally gave Frank Naro a strong warning, telling him that if he was so desperate for money rituals, he should have just sacrificed his ex-girlfriend, Maame Serwaa.

Watch the video below to find out more.