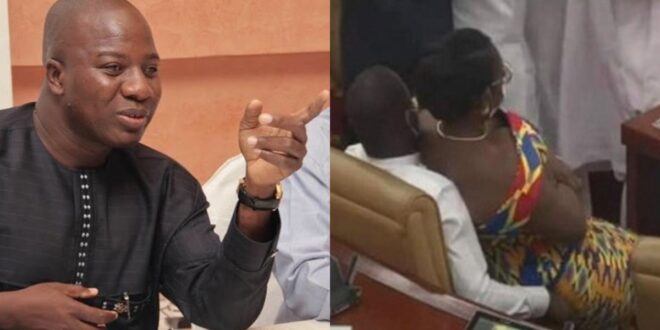 Member of Parliament for Bawku Central and member of Parliament’s vetting committee, Mahama Ayariga has confirmed that Ursula Owusu’s sitting in Akandoh’s lap in parliament would not be the reason for her disqualification during her vetting.

Mr. Mahama Ayariga, speaking on Joy News on PM Express, disclosed that the actions of some of the ministerial candidates, such as Hawa Koomson and Ursula Owusu, would not impact them during vetting.

“I don’t think that those interesting and funny episodes that happened in parliament will be the stumbling block of whether or not a nominee will get passed by the appointment committee. They may be more fundamental issues about you and your person and your work that will engage the committee’s attention. I don’t believe Ursula Owusu sitting on Akandoh’s lap will not be the basis for disqualifying her.” Mahama Ayariga disclosed

According to him, it is quite unfair to conclude that it is the minority group that would obey the nominees of Akufo Addo.

He said they will do a professional job to look at problems dispassionately based on their individual skills and competencies.

He concluded that the presumption that all NPP representatives would accept the candidates is incorrect since a simple illustration is the election of the Speaker of Parliament, of which certain NPP members voted against their own members.