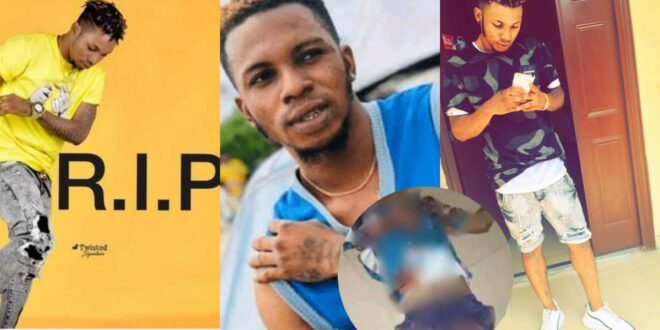 according to reports, the upcoming artiste committed suicide by drinking a poisonous substance suspected to be Snipper.

it appears that the incident happened a few hours after he returned from a church vigil with his mother on Thursday, January 28, in Warri.

from reports, the upcoming artiste took his own life because the pastor of the church told his mother that he saw a vision which shows that her son wanted to use her for money ritual.

below are his photos and some comments from friends;