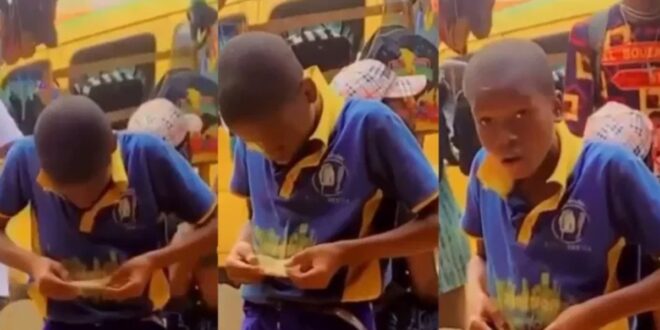 You can imagine? An underage student has been seen on the street rolling marijuana to consume.

Some students have been seen rolling ‘Spliffs’ to smoke in the market. He was busy rolling the marijuana like he was taking cold turkey.

He took to his heels after noting that he was being filmed.

Some social media users are surprised by such an era and wonder who gave him the substances and how he learned to smoke in the first place.