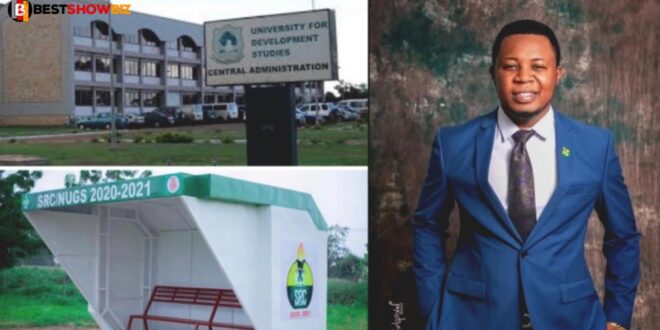 Master Lukman Mohammed of the University for Development Studies has responded to public criticism over the school’s new bus terminal in Tamale.

Social media slammed the SRC President for being corrupt over the bus terminal expense.

He stated that the SRC did not handle any funds for the project, but merely recognized it and suggested it to the school’s administration.

He said that he did not manage money and that if the public had concerns about the project’s cost, they could contact the school’s Works and Physical Development team.