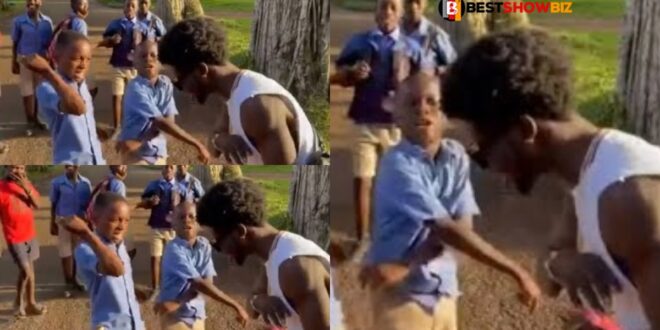 Kuami Eugene, an afrobeat artist, was overjoyed and ecstatic when he met these lovely little children.

Kuami Eugene simply continued beaming from ear to ear as he watched the youngsters perform for him, singing word for word ‘Biibi Besii,’ which happens to be a song he was featured in.

Kwame Yogot’s song “Biibi Besi” featuring Kuami Eugene was an instant hit when it was released, and it dominated the charts for weeks.

When these kids saw Kuami Eugene, they went all out and sang Kuami Eugene’s section of the song to him, word for word, out of delight.