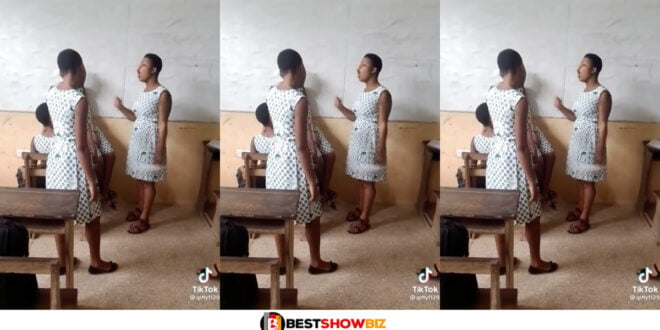 In a heated exchange of bl0ws, two young SHS girls express their feelings for a young boyfriend who happens to be in the same class as them.

According to this viral video that has just appeared on the internet, the two were apparently fighting in front of a teacher who was surprised to see them fighting while he was in the classroom.

At the beginning of the video, the two young people can be heard beginning their misunderstanding over a heated dispute.

According to reports, the boyfriend intervenes to bring order to the situation, but he ends up being the focal point of the entire situation.