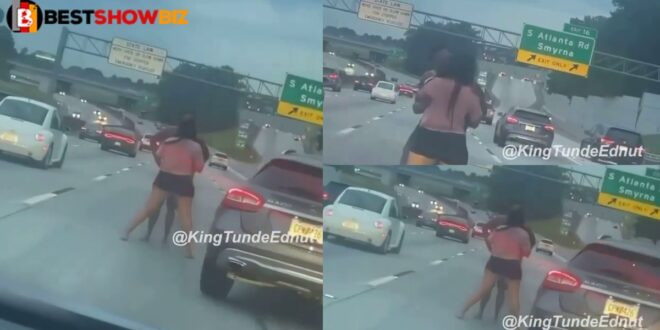 we discovered a hilarious yet scary video of two lovers displaying their affection to the world by standing in the middle of a major road with thousands of automobiles going by.

They were seen holding and smooching each other while heavy cars were going on the same highway in a brief video captured by one of the drivers who was astonished by the behaviors of the claimed lovers.

The lady was even seen dancing and swaying her back to the drivers, as if nothing was happening around them.

Meanwhile, no one blew their horn at them as they drove by.