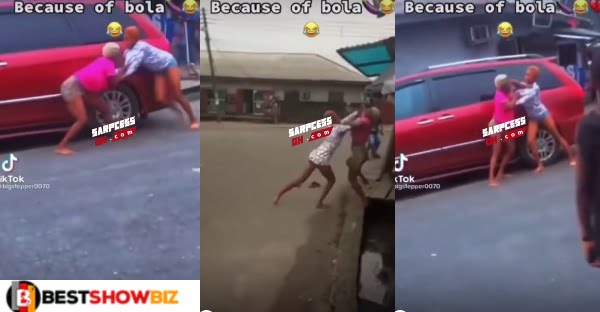 Two Hook Up Girls Fight Over One Male Client (video)

A video of two slay queens battling over a male customer has been making the rounds today, and it’s drawing a lot of attention.

After witnessing his colleague make a lot of money serving the man in question, the other of the unnamed Slay queens decided to go behind her friend and it appears things didn’t turn out to be good judging from the video.

The two women got into a serious argument following the former’s attempt to snatch the other’s customer, and when they couldn’t come to an agreement, they fought.

At one point, both of them appeared to be holding onto one other’s hair as they fought and shamed themselves in public.