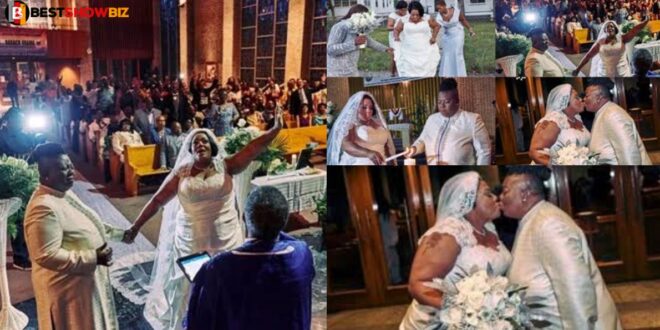 Two female pastors shock the world as they happily get married, they claim God instructed them to marry.

In New York, the United States of America, two female black pastors chose to tie the knot in spectacular style.

Vanessa Brown and Twanna Gause, two well-known preachers, stunned the entire world when they went directly to the alter to commemorate a colorful wedding.

They allegedly stated that God had instructed them to marry themselves since neither of them should be ruled by a man.

Twanna Gause, one of the pastors, even disclosed that her father did not show up for the wedding because he does not approve of her marrying a fellow female preacher.