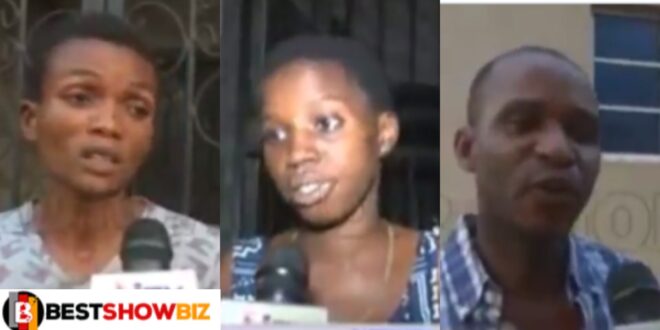 Two men are engaged in a legal battle about the paternity of a child born to a woman whom both men consider to be their girlfriend.

The two men, Junior Ajayi, a 24-year-old apprentice, and Amadi, a married man, are engaged in a legal battle about the paternity of the child born to Blessing, a 21-year-old woman.

Speaking to local journalists at his home in Edo State, Nigeria, the 24-year-old stated that two months into his girlfriend’s pregnancy, he presented her to his father so that his family would be familiar with her.

According to him, the girl’s Aunt, with whom she had been staying since her mother’s death, had even thrown the girl out when she refused to follow her suggestion to terminate the pregnancy. “It was a very difficult situation,” he said.

Junior Ajayi literally took the girl in and kept her as his own, and she has now given birth to a child.

An unidentified man named Amadi arrived at the house and forcibly removed the baby boy, claiming he was the genuine father. This occurred four months after the girlfriend had safely delivered the child.

Amadi, a married guy, claims he is the biological father of the child and that he has been giving money to the girl since she became pregnant with the child.

He went on to explain that his wife, who has not yet given birth for him, is aware of the birth of their new son, whom he has named Samuel.

Blessing has admitted to sleeping with both men, but she feels the baby is for the married man, Amadi.