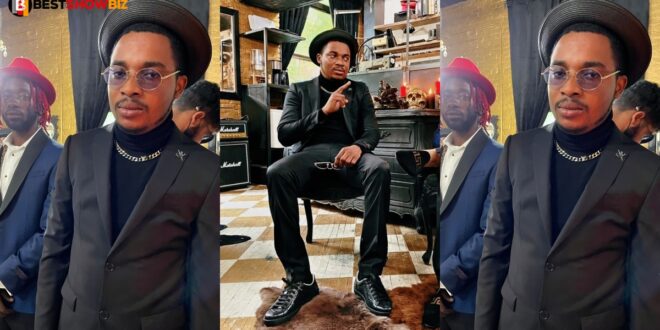 Twene Jonas, who rose to prominence by speaking the truth to power and criticizing Ghanaian authorities for their ineptitude, has once again found himself in hot water.

According to new evidence, Twene Jonas, a social media sensation and singer, worships the devil.

A friend of Twene Jonas uploaded a picture of the social media personality and singer sighted at Lodge Satanic Church, according to a social media user known as Black Geesus.

“I guess he has joined the Lodge (Satanic Church). His other friend posted a picture of them standing in a temple with Baphomet. “