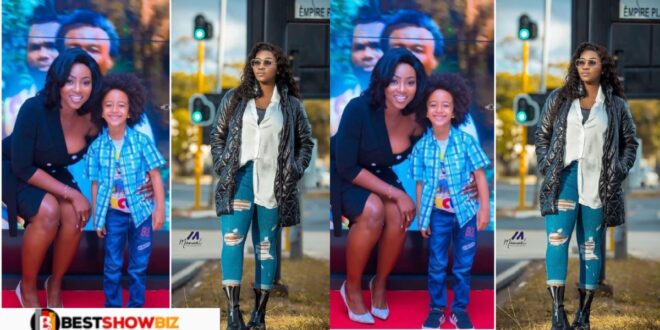 A recent image cookie tee shared on her social media has prompted considerable debate among her fans and followers over the identity of a young guy with whom she was photographed in a posture and who she had publicly identified as her son.

Many people have expressed skepticism about the boy’s genuine relationship with the television personality.

many people are unaware that she is engaged or betrothed to someone, and even if she was, she has not made this information known to the public space and so cannot spring such a surprise on the public without giving them any time to prepare.

If she hasn’t hinted at any marriage, romance, or betrothal, many people believe that she will not be able to spring such a surprise as the birth of a son out of nowhere.