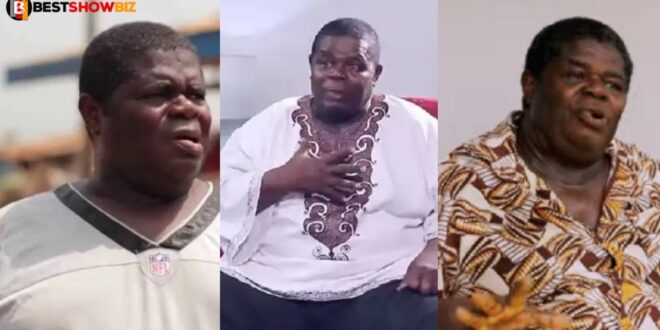 TT begs Ghanaians to help him again – “ECG Has Disconnected Me, I Need Ghc 8,000 to Pay My Light Bill”

It has been said that the veteran actor, who has become a nuisance in the local digital arena, owes 8,000 cedis to the Electricity Company of Ghana.

Psalm Adjeteyfio made this disclosure during an interview with Citi TV,

He added that he has not received electricity bills from ECG for about four years, and that whenever he goes to the company’s office to complain, he is instructed to go home and wait for a period of time.

He was completely taken by surprise when he received a bill for 8,000 cedis to pay only a few days ago, and because he cannot afford to pay, his electricity has been off.

According to him, he visited the ECG’s office to plead with the managers to let him pay his 8,000 cedis payment in instalments, but they refused to heed his appeal.

Many social media users have taken to their timelines to criticize Psalm Adjeteyfio for being so self-centered and greedy, despite the fact that he received a large sum of money from Ghanaians just a few weeks ago, and they are perplexed as to why he does not want to use some of the donation money to pay off his outstanding debt.

Clearly, the actor is attempting to be clever on all of us, and we should not give him the opportunity to do so this time around.

Read Also  "Upon all your too know, you were chopped by a man who wears skirts"- Netizen blast Nana Aba
Share