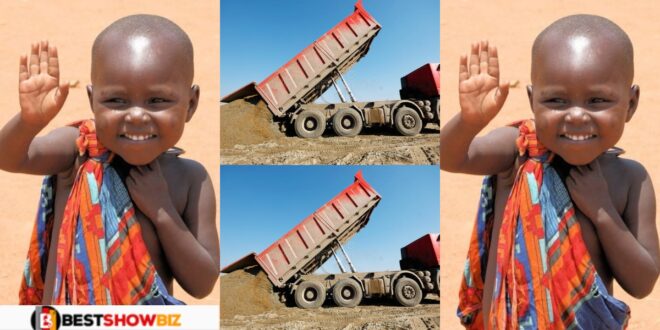 A man has lost his son in the most horrible way imaginable.
The father had sand delivered to his home in Awutu Bodwease, Central Region.

When the truck carrying the sand arrived at the man’s house, the driver unintentionally dumped the sand on the man’s son.

When the truck began discharging the sand, the little child was apparently behind the Vehicle.

The residents in the home were roused by a distant cry, although they had no idea where it came from at first.

They eventually discovered it was emanating from something within the sand heap.

They dug the sand away only to discover it was their one-and-a-half-year-old child.