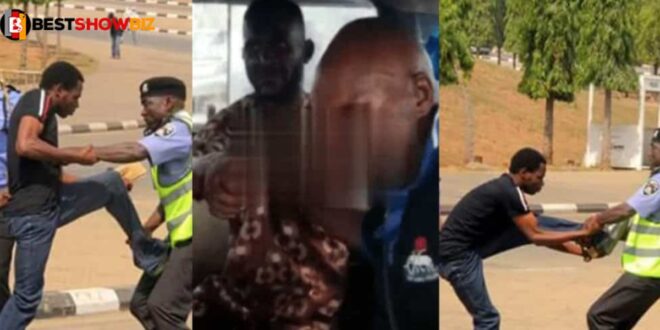 A video we found on social media shows a uniform police officer fighting with a trotro car’s mate after the mate requested money.

According to the story, the policeman tried to join the car so he would not have to pay for transportation, but the driver and his passenger told him flat out that they were not going to grant them a free ride again.

According to reports, the police officer claimed to be a government employee in uniform who needed to join the car-free bus to his destination.

However, both men stated that because the government has no mercy for the poor and is constantly raising the price of things, they must take money from him as well.

The officer was enraged by the remark and began verbally abusing the motorist and his companion before becoming physically abusive to the companion.