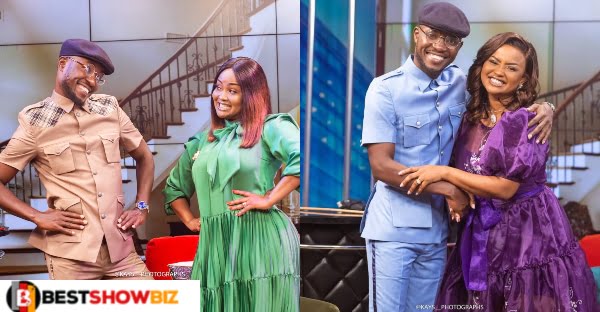 For a few days, Michael Owusu Afriyie, aka Teacher Kwadwo, a popular Ghanaian comedian, content developer, and professional teacher, has been trending.

According to reports, he was fired from his work as a primary 4 teacher at Akrofuom D/A by Ghana Education Service.

Teacher Kwadwo was fired from his profession as a teacher a few days ago. He revealed that his fight against the GES is the reason he lost his job.

However, the GES stated in an official statement that Teacher Kwadwo had shown a “high level of insubordination” against the District Director, the School Improvement Support Officer, and the Headteacher.

The statement further showed that Teacher Kwadwo was absent from school 55 times during the 2021 academic year and failed to appear when summoned to appear before a disciplinary committee to explain himself.

As a result, he’s been fired, and his headmaster demoted for failing to reprimand him and condoning his rudeness.

In the middle of this sad situation, there are rumors that Teacher Kwadwo has been fired from Nana Ama Mcbrown’s United Showbiz program.

Teacher Kwadwo has not been on the show in over two months. Fans assumed he was away because Nana Ama McBrown had been to Germany for medical treatment, but he has yet to appear despite the fact that McBrown has been back for over a month.

There are reports that he has been fired from the show or that his part has been removed!

That’s a shame since the United Showbiz Show might have been his safe refuge.