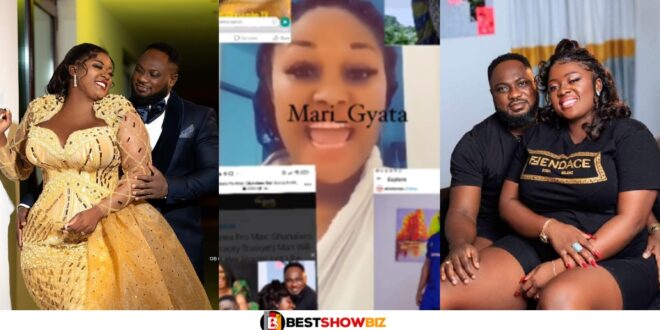 Tracey Boakye and Frank’s marriage may have been successfully concluded after a beautifully planned series of festivities.

However, social commentators and pundits have demonstrated that they are not yet ready to let the couple start their marriage on a happy note.

In an unfortunate turn of events, an unknown woman used her Instagram platform to send a scathing message to Ghanaians.

The message, however candid, was in poor taste because it attempted to describe an unfortunate scenario as divorce being the fate of newlyweds.

Tracey allegedly funded her wedding with Frank and can confirm the marriage will not last long, according to the woman.

To back up her bold prediction, she compared four celebrity marriages, including Tracey’s, which was fraught with drama.

She emphasized that none of the marriages lasted because the women did what the men who married them were supposed to do.

She also named Afia Schwarzenegger and Abrokwa, Xandy Kamel, and Kaninja as notable victims of the tragedy.