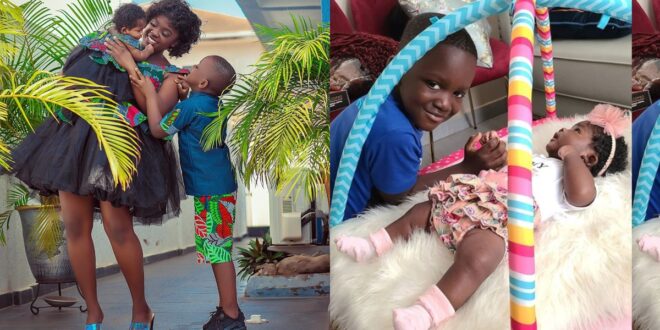 Tracey Boakye, a Ghanaian actress and film producer, is getting married.

Shakira Movie Production’s Chief Executive Officer is about to become a married woman.

She is about to marry the father of her daughter, according to sources.

According to rumors, the daughter’s father is Dr. Kwaku Oteng, the owner of Angel Groups of Companies.

This comes after the business magnate justified his polygamous lifestyle by citing the Bible, claiming that the Apostle Paul’s one man, one wife doctrine was only a suggestion and not a command from God.

Dr. Kwaku Oteng stated that having numerous spouses offers peace in an interview with Vaultz Magazine.

“It was Paul who suggested that if it is possible, a man should marry one wife or none at all. So when you consider the disciples at the time, they were all married to one wife. So marrying more than one woman is not a sin. It rather gives you peace of mind,” he told the Vaultz Magazine.