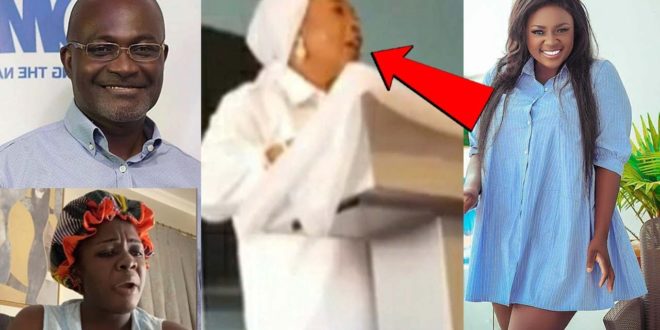 The beef between Kennedy Agyapong and Tracey Boakye has taken another turn after a prophetess came out to reveal a prophecy about Tracey.

According to the woman of God, Tracey Boakye has only 8 weeks to live if she does not apologize to Kennedy Agyapong for the insults and disgrace she has caused the Hon. Member of parliament.

In a new video, Tracey has reacted to the death prophecy, she revealed that she is not afraid to die and that she does not also believe in the prophecies.

According to her, it was because of such lies that she stopped Going to church.

She added that she will not apologize today nor tomorrow and will wait patiently for the 8 weeks to see what happens.