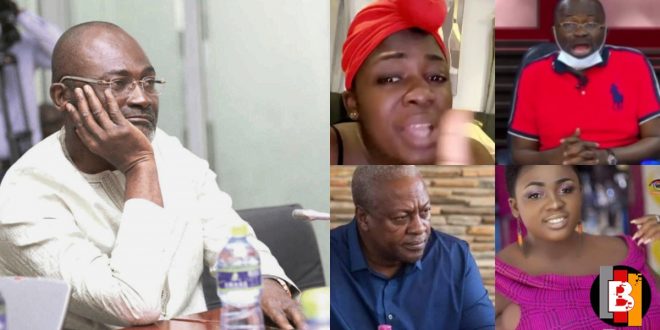 Tracey Boakye has finally been vindicated on claims that Mahama is her baby daddy whom she is blackmailing and that she lured him into buying a house at east legon for her.

Today Kennedy Agyapong in an interview confessed that he was only joking when he made those allegations and was very surprised how Tracey Boakye and the internet took it.

Tracey Boakye has finally spoken after Kennedy Agyapong made those claims saying she was very happy the truth has finally come out and that all those who insulted her are now ashamed.