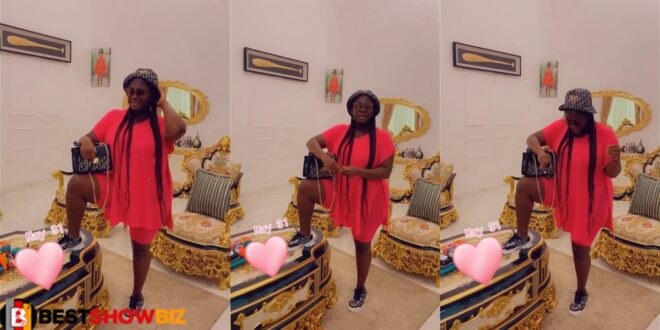 Tracey’s name began to circulate on the Ghanaian internet after word broke that she had miscarried her third child shortly after delivery.

Despite the fact that Ghanaians have grown emotional and taken the problem seriously, the actress has taken to social media to appear as if nothing has happened.

In a short video spotted by bestshowbiz.com, the affluent actress sounded great and appeared to be in great shape.

She was also seen dancing and shaking her body in the video.

So, this has indirectly confirmed that she did not lose her baby as the media had previously reported.