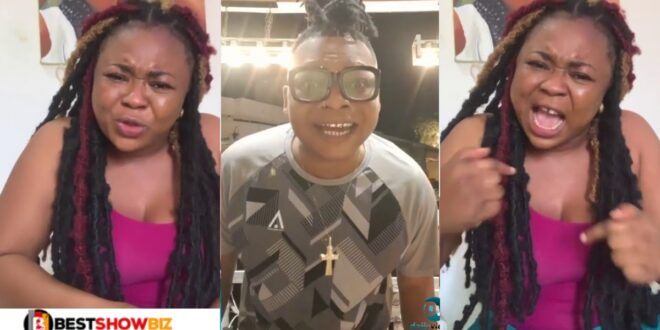 Nana Tornado has gotten involved in the ongoing beef between Adu Safowaa and Mona Gucci by insulting her in a new video.

Kumchacha offered his opinion, pleading for an end to the back-and-forth social media feud between the two personalities.

Nana Tornado appeared out of nowhere and slammed into actress Adu Safowaa with a vengeance.

Tornado used some foul language and told her she was being forced to be a member of a class in which she did not belong.

He further disclosed that when he appeared on Adu Safowaa’s show, he was given only ghc50. Tornado’s outburst revealed his utter hatred for the actress.

In a new video, Adu Safowaa, who was not pleased with how Tornado attacked her on the show, has responded with a more enraged tone.

Nana Tornado, she claimed, is gay. Tornado’s father was dragged into the fight by the wild and controversial socialite in the video.

Onua TV, on the other hand, was shamed by Safowaa for allowing Nana to insult her.