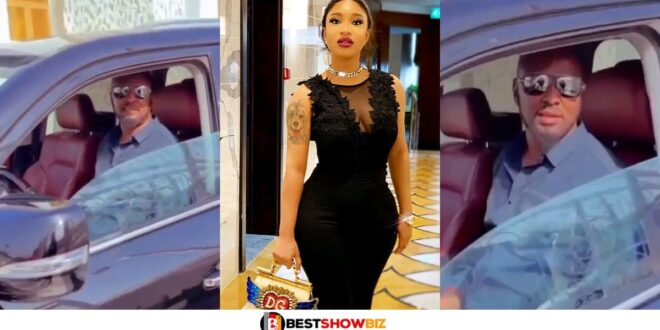 After months of legal wrangling, Prince Kpokpogri, the ex-boyfriend of Nigerian actress Tonto Dikeh, has finally reclaimed his Lexus SUV from the actress.

We are still in the Christmas and New Year season, which is a time for people to make peace, resolve their disagreements, and plan for improved relationships in the next year.

However, this is not the case with the famed Nollywood film beauty and her ex-boyfriend.

In a recent development, the Delta state legislator posted a video on his Instagram page of himself seated in his recovered SUV.

In the video, Kpokpogri flashed a wide smile and waved towards the camera, leaving no doubt about his delight.