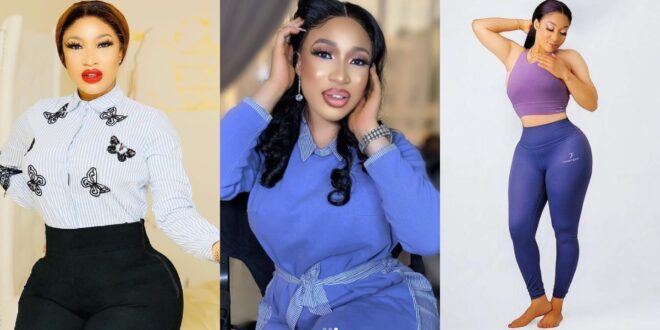 Tonto Dikeh reveals why she cannot do without sệx

Tonto Dikeh, a Nigerian actress, has explained why she is unable to live her life without sexual relations.

She claims that she wants to have more children and that the only legitimate method to do this is through regular sexual engagement.

Tonto Dikeh responded to an Instagram quiz by saying she would prefer to have all of her teeth removed rather than be denied the opportunity to have sex.

This came after she challenged her followers to remove one of the following: sex, $600 million, or tooth extraction.

She wrote the following:

“I can buy whatever kind of teeth I want and have every designer label custom make one for me each..
Who teeth help..
I wldnt take away SEX only because I want more babies, if not who sex help??so don’t think am a bad shild!!”

In recent years, Tonto Dikeh has had a difficult time finding a husband. Her most recent relationship ended in a shipwreck, which has influenced her choice to be convinced about who she wants to date in the next months.

However, the fact that she enjoys sex may be the sole reason she finds herself in another relationship sooner than she had anticipated.