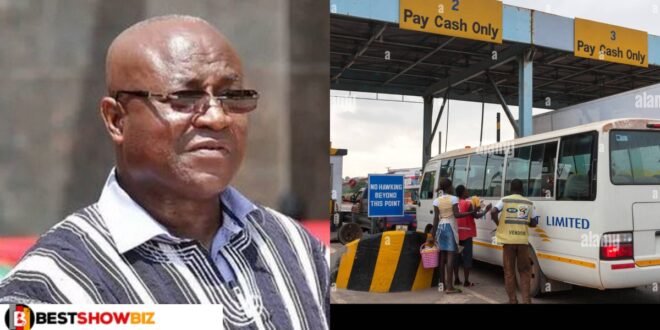 “Tollbooths were not built to be used as market.” – Majority Leader Osei-Kyei Mensah To Traders

Osei Kyei Mensah, the Majority Leader in Parliament, has addressed a message to hackers who operate near tollbooths, urging the government not to abolish toll collection in the country since it is impacting their livelihood.

According to Osei-Kyei Mensah, the hawkers’ claim that the government’s abolishment of toll collecting has resulted in their unemployment is completely illogical.

He pointed out that the toll centers were not built to function as a market center, and that they are also not the only area where people may sell their products.

“I wouldn’t say what they are doing is bad because I agree that circumstances are tough in this nation, and if someone is doing something to put body and soul back together, that’s OK, but tollbooths aren’t the only location they can sell their goods,”. The toll booths were not intended to be used in market centers.”

“Apart from upkeep, we engage individuals to clean the area, and these people clean it two to three times every day,” he remarked on Accra’s Okay FM radio station.

Visitors would perceive Ghana as a filthy country if you do not comply with this requirement. However, despite claims made by traders that the government has forced them out of business, the truth is that tollbooths are not designed to function as market centers.

So, if they claim that the tollbooths are no longer in operation and that this has resulted in their unemployment, this does not make sense.”