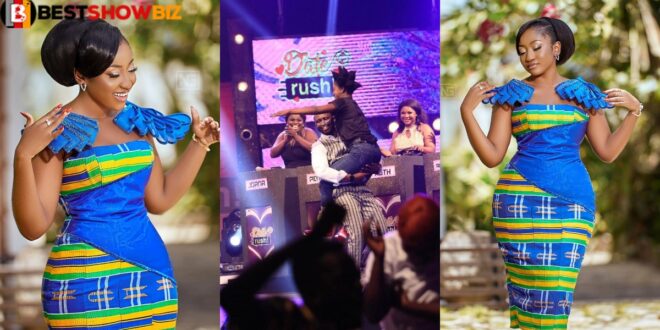 -Anita Akuffo, a television host, has announced that Monday will be a national holiday.

-She stated that we would use it to congratulate Fatima on finally having a date.

On all social media platforms in Ghana, the name ‘Fatima’ was trending.

On the last episode of Date Rush, she was shown trending when she finally got a date.

As a result, a Ghanaian TV personality, who works at the Media General, has informally declared monday a national holiday.

Fatima, she claims, has been on the show for several weeks without a date and thus deserves to be honored.