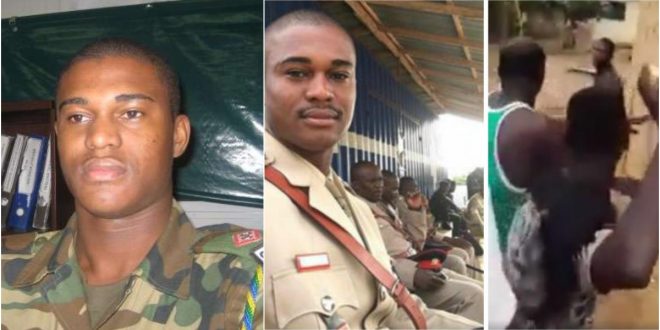 Today, 29th May 2020 marks exactly 3 years when the people of Denkyira Obuasi mistook a military official, Captain Maxwell Adam Mahama for a thief, stoned, and partially burned him to death.

On Monday, May 29th, 2017, Ghana was thrown into a state of shock and sadness after  Captain Maxwell Adam Mahama, was lynched by inhabitants of Denkyira-Obuasi when he was posted there to ensure there were no Galamsay going on.

it is believed that the Captain had gone out for a morning jog when the unfortunate incident happened. others claim he stopped to ask for direction but locals saw his gun and assumed he was an armed thief and went to alert other townspeople.

His lynching was met with outrage, and authorities acted quickly, dispatching the military to the town to find the perpetrators. In the following days, there was some tension between the police and the military, as the police protested that the presence of soldiers, hampered their investigation efforts.

The Ghana Police arrested seven suspects, who were all identified through the smartphone videos of the killing. Unfortunately, no significant headway has been made in the trial after 3 solid years.

Ghanaians will forever remember this incident. May his soul rest I perfect piece.