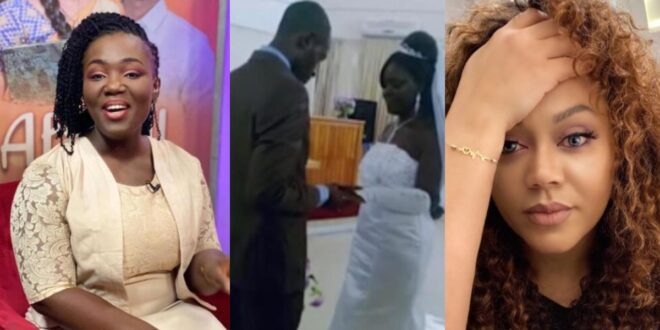 Tima Kumkum confessed to Delay in an interview that she married her ex-husband to make her ex-boyfriend jealous after sleeping with her friend.

This interview’s audio has been circulated on TikTok for a while now, with users including it in their videos.

Actress Nadia Buari also took advantage of the audio and gave her best performance, which she then posted on Instagram. Many people who saw it laughed out loud and thought Tima Kumkum wouldn’t like it.

Tima Kumkum, on the other hand, hopped on the video and posted it with a couple of laughs, clearly not taking it seriously. This caused netizens to admire her for her maturity, stating that if it had been any other actress, the case might have resulted in a brawl.